THE WISDOM OF SOLOMON, REVISITED

[I posted this back in November 2004, but thanks to the Video-Blogging capabilities of YouTube, it’s worth revisiting.]

THE WISDOM OF SOLOMON 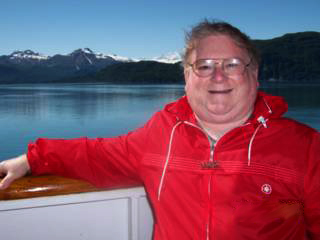 Mike is one of the regulars at our morning minyan. More often than not, he’s the one who passes around the pushke, the little collection box into which we stuff our daily charitable donations. He’s a frequent attendee at the group’s Thursday night dinners. And did I mention that he’s the recording secretary for our Men’s Club Board of Directors?

Mike has also taken his first steps into Bloggity World. You can visit his site here.

As a kid, Mike was called “Royteh” – the Redhead. Red hair usually bespeaks a fiery temperament, but Michael is a pussycat. Unless you call him “Mikey,” in which case he is liable to kick your ass.

But what you may not know is that you just might have seen his face before - if you’re old enough, that is. Years ago, he made a living appearing in various TV commercials. One of these got quite a bit of attention back in the day, even winning a Clio award in 1980.


Just click on the arrow to play the video.

Yep, that’s him – the guy in the old Federal Express ad who yanks the phone booth right out of the ground. “All you have to do is pick up the phone,” indeed.
Posted by Elisson at 8:34 PM