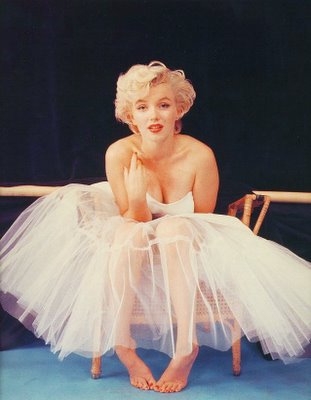 Eric’s recent post about Marilyn Monroe got me to thinking about all of that weird Six Degrees of Separation business.

It was May of 2004 and She Who Must Be Obeyed and I were on the Senate floor in Washington, D.C., along with a small army of my college classmates. We were guests of Senator Bill Frist - another classmate - who was in the process of giving us a personal tour of the Senate chamber.

I had, for the purpose of resting my legs whilst listening to the good Senator expound on the Rich History of the room, parked myself at a conveniently located desk. A quick look at the brass nameplate attached thereto established that it was, in fact, Teddy Kennedy’s desk. “Mr. Chappy Q. Dick,” his ownself.

Surprisingly, the desk was located in the back row, instead of being front and center. After all, one of the privileges of Senatorial Seniority is that you get to move to the front of the room, just like an eager kindergartner. 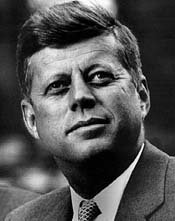 And it was right about then that Frist explained that Kennedy was, indeed, entitled to sit up front based on his seniority, but that he preferred to sit in the back of the chamber - at the selfsame desk his brother Jack had used.

Holy Crap, thought I. My ass was warming the same chair that John F. Kennedy used to sit in back when he was an up-and-coming Senator. [And with JFK, you gotta use the term “up-and-coming” very discreetly.]

Think about some of the Six-Degrees Permutations, chirren:The mind boggles, I tell ya.
Posted by Elisson at 10:53 PM