The morning ritual of feeding Hakuna and Matata is pretty much the same every day.

5:30 am: Matata begins traipsing about the bed, purring, growling, and acting like an ass, in general.

5:45 am: Alarm goes off. SWMBO whacks the snooze button.

5: 54 am: Alarm goes off again. SWMBO and Elisson get up. Elisson shambles downstairs to feed the cats.

6:00 am: After a cursory examination of their Dishes o’ Kibble, Hakuna and Matata head back upstairs to inform SWMBO that they will not eat their breakfast until she blesses the food with her August Presence.

At 5:00 in the afternoon, the story pretty much repeats itself, with the exception that the Missus is not there, and so her blessing is unavailable. The cats proceed to eat without it.

But there’s more to the story. The girls have evolved a little ritual with respect to their eating. Sure, they’ll eat side-by-side, but after a short while, Hakuna backs off. And then… 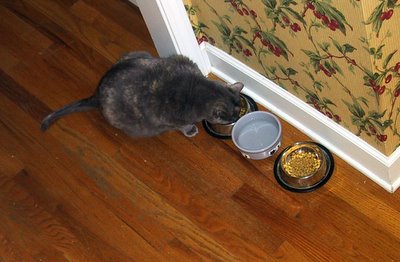 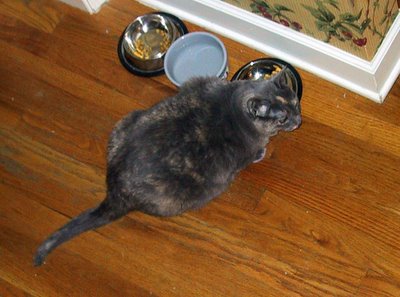 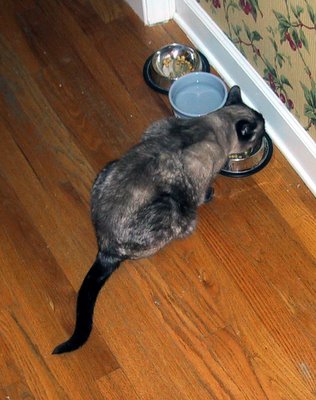