Submitted for your approval...these photographs from the late 1950’s.

One shows She Who Must Be Obeyed, the other her friend Laura Belle. 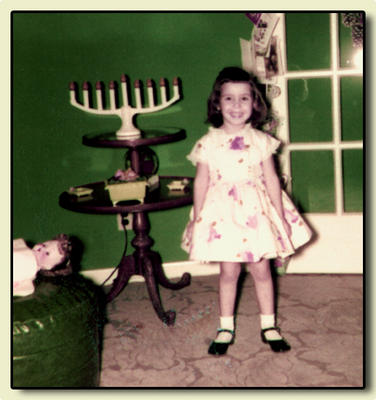 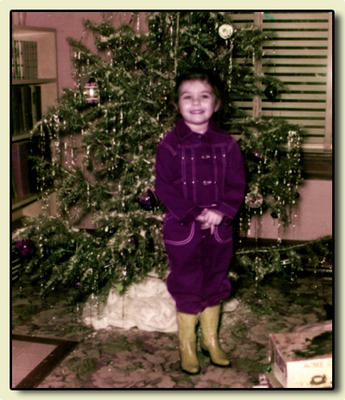 Now, which one is which?

Well, this one wasn’t all that hard to figure out, was it? She Who Must Be Obeyed is in the bottom picture, while our friend Laura Belle is at the top.

Of course, what’s unexpected - or red herringlike - about the photos is the presence of the decorated pine tree in the picture of SWMBO, and the electric Chanukah menorah in the shot of Laura Belle.

We know why there’s a decorated pine tree: SWMBO’s daddy Bill was a Baptist who eventually converted to Judaism after several years of marriage. But we’re still trying to figure out what that menorah is doing in the picture of Laura Belle, who is an Italian Catholic.

You may be able to discern that SWMBO is wearing yellow cowboy boots, good Texas child that she is. We still have those boots tucked away in a cedar chest, and perhaps one day - but not too soon! - they will Ride Again.
Posted by Elisson at 5:32 PM