WALKING ON THE MOON 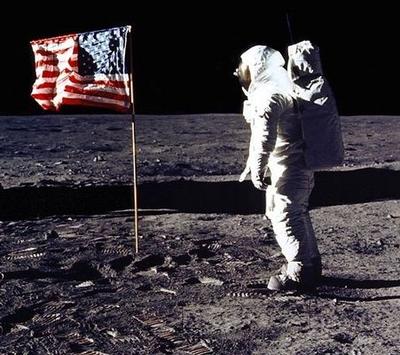 I watched it on a little black-and-white set, sitting on the floor of Aunt Marge and Uncle Phil’s bedroom in North Miami. The images, coming across all of those miles of space, had a ghostly, ethereal quality to them, befitting the subject matter.

“That’s one small step for [a] man, one giant leap for Mankind.”

Yet here we are, thirty-six years later, and what do we have? Shitheads with bombs.

Agghh! Silly, puny humans. When will we get our fucking act together?
Posted by Elisson at 9:32 PM