A FAIRY-TALE WEDDING IN MALIBU 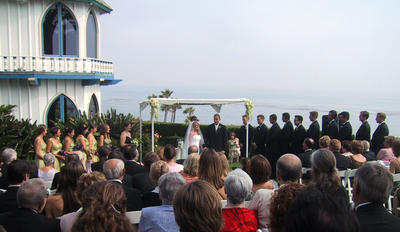 I have to give Sid and Debbie M- credit. The little shindig they threw for their son Adam and his bride Aurora was something that could have been lifted lock, stock, and barrel from a Hollywood production.

A small horde of Intrepid Wedding Guests boarded buses in Santa Monica Friday night to be whisked up the coast to a rehearsal dinner at Duke’s, a restaurant located hard by the pounding surf in Malibu. The Duke for whom the place is named is, of course, the legendary Duke Kahanamoku, considered by many the Father of Modern Surfing. The food was excellent, especially after an hour or so of Full-Bore Drinkage. A slide show of the happy couple capped off the festivities, and the buses took our jet-laggy asses back to Santa Monica. 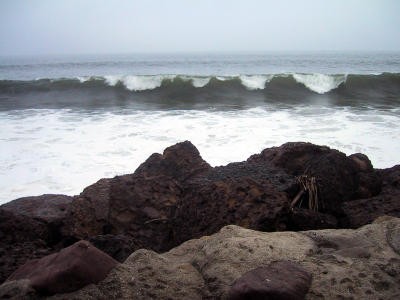 Crashing surf outside Duke’s of Malibu.

Saturday, the day of the wedding, we once again got on buses – three of ’em this time – and headed back up to Malibu, this time to the Cypress Bluff Estate. There, on a cliff overlooking the Pacific, Adam and Aurora got hitched. 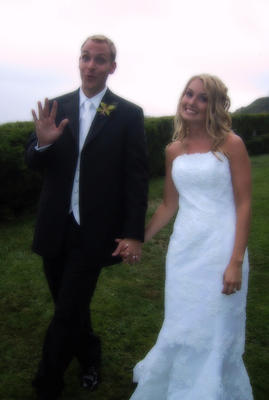 The ceremony was pure California, with a West Coast Reform Rabbi deftly combining the Jewish traditions of the groom with the Christian traditions of the bride. Gotta hand it to the Malibu Rebbe, he did a good job, even managing to quote Saint Paul – and explaining why it made sense to do so.

After the ceremony, we fell to our meat and drink.

And dancing. Let’s not forget the dancing. 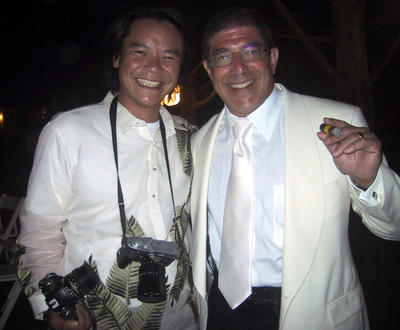 All good things must end, and eventually we wended our way up the hill to the buses. How nice to not have to worry about driving. Loosens the drinking muscles a tad, it does.

I will let the pictures speak for themselves. 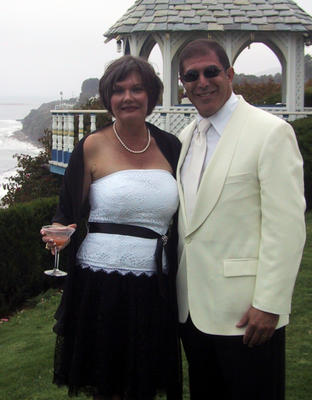 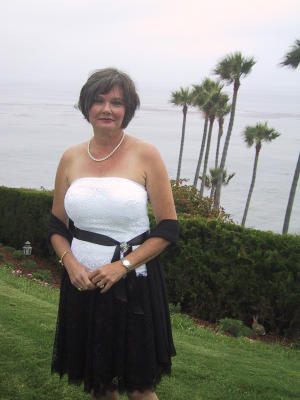 She Who Must Be Obeyed...my Trophy Wife. 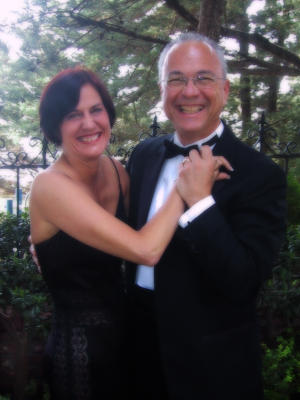 Deborah and Dennis, our traveling companions.
Posted by Elisson at 11:00 PM