Today is Independence Day for those of my Esteemed Readers living, as I do, in the United States of America. This day commemorates the bravery of our country’s Founding Fathers who risked their lives, their fortunes, and their sacred honor to mount an armed struggle against the Powers that Be.

Revolutions that are successful create new nations. Those that fail are called “rebellions” and are trampled down. What made this rebellion – no, revolution – unique is that the men who led it were men of vision and ideals. The result was what I like to call the greatest Thought Experiment in human history, one that continues to evolve.

When I was a runny-nosed lad, the Fourth of July was one of my most eagerly-awaited holidays, thanks to one of my Dad’s business partners who had a house with an enormous back yard. We’re talking two acres of back yard in the heart of Old Westbury, a pricey Long Island community. Gawd only knows how much that chunk of land is worth today.

Every year on July 4, said partner would host a huge cookout and pool party, styled the Annual Fourth of July Clambake. No clams were harmed in the making of this Clambake, however: this was burgers and hot dogs grilled in huge charcoal-fired pits; cole slaw and potato salad; corn on the cob; strawberry shortcake. And after the sun went down, out came the Stashes of Miscellaneous Illegal Fireworks, the overall poor quality of which was more than offset by the Forbidden Fruit Fun Factor.

Damn, those days were great.

I love a good fireworks show, though, and once the Annual Fourth of July Clambakes receded into distant memory, those became the sine qua non of a superb July 4 experience. I’ve seen a lot of good ones, including the one at the Mall in Washington D.C. on the Bicentennial, 29 years ago. There’s something hugely satisfying about feeling the concussive “thud” of a good-sized aerial shell seconds after the fire-blossom has appeared in the sky.

But despite all of these wonderful experiences, Independence Day is always a bittersweet day for us at Chez Elisson – for not all memories of July 4 have to do with picnics and swimming pools and fireworks.

On July 4, 1975 - thirty years ago today - She Who Must Be Obeyed lost her sixteen-year-old sister.

Younger Sister had gone with some friends to a picnic in Waco, Texas. She never came back – and the family was changed forever.

All of this in the blink of an eye, as a random flash of electricity shot down from the sky. Lightning. Younger Sister never knew what hit her. Bro-in-Law d’Elisson, also at the scene, was struck, but survived.

The odds of dying from a lightning strike are small: one in 4,362,746 in any given year. This means that on the average, in the United States, you are about 60 times more likely to die from a lightning strike as, say, from a shark attack…another highly unusual, but horrifying, event. But if you’re the one who is struck, it’s scant comfort to know that you are a rara avis.

This all took place almost six months before I met She Who Would Eventually Come To Be She Who Must Be Obeyed, so I never got to know Younger Sister. She will forever be the hole in my mental Family Album, the face I know only by photograph.

She is the invisible presence that hovers over us every Independence Day.

It’s been thirty years now, and this day is no longer quite as heart-wrenchingly painful for SWMBO, her mother, and her brothers as it once was. But there is always a pang. Time heals…but memory goes on.

I hear the distant explosions of the neighborhood’s Amateur Pyrotechnicians, so it appears the evening’s festivities are underway. It’s time.

Time to have a drink in Younger Sister’s honor, and to celebrate the birthday of our fine nation – with a smile, and with a tear. 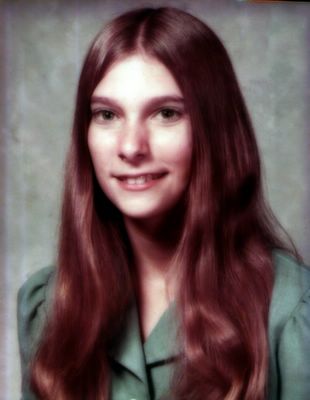