THE ISLAND OF DOCTOR BOUDREAUX

There is a secret basement lair deep beneath the Velocihovel, where evil scientists clad in white robes manipulate the very matter of which our genes are composed. To their tasks they bring to bear the most advanced techniques of modern biological research, although whispered rumors mention other techniques, other skills.

Dark Arts, they say, but they dare only to say it sotto voce. Dark Arts bred in the pestilential bayous of the Crescent City. Voudoun. Santeria.

The twisted, gibbering results of their labors rarely see the light of day; rather, they are jammed into row upon row of squat metal cages, where for a shiny ten-cent piece, small children are permitted a quick glimpse that will scar their brain-pans for life.

Most of these creatures have no names; they pass their short time on this earth underground, unlamented, unloved. But every now and then, one escapes... 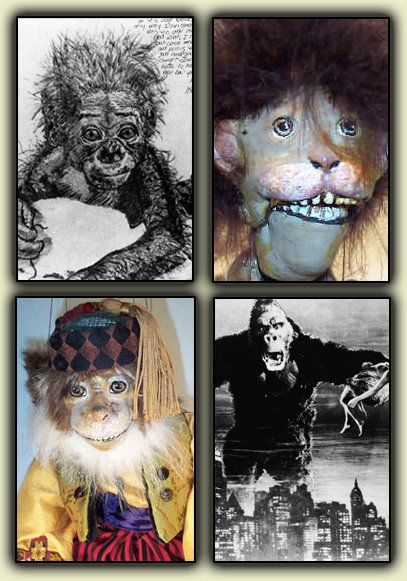