A BIRTHDAY SHOUT-OUT TO MEEM 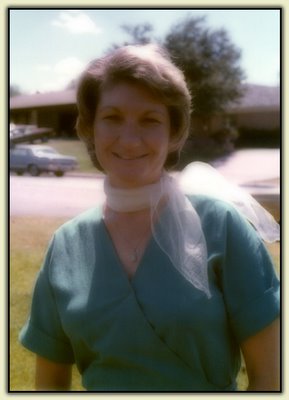 Today, the Momma of She Who Must Be Obeyed celebrates the completion of Yet Another Trip Around the Sun. Happy Birthday, Mom!

Better yet: Happy Birthday, Meem! For both Elder Daughter and the Mistress of Sarcasm have always referred to their grandmother as Mimi, and our nephew William carries on that proud tradition. When Elder Daughter first developed the faculty of speech, the title “Grandma” just did not appeal to SWMBO’s Momma, who was too young-looking to carry it properly. Thus: Mimi.

I first met SWMBO’s mother just a little over thirty years ago. Her birthday was coming up, as it does the same time every year, and the future Missus invited me to join her on her weekend trek to Foat Wuth to observe the occasion.

We had been seeing each other for less than two months at that point, but I suppose she thought it was OK for her parents to be exposed to my August Presence. This was not without its risks, as parents of other Companionable Ladies had been known to burst into flames upon my approach.

I suppose I should have been all nervous and such-like. After all, such a Momentous Meeting is fraught - fraught, I tell ya - with potentially Weighty Consequences.

But the weekend turned out to be thoroughly enjoyable. SWMBO’s ’rents treated me like a member of the family...little suspecting, perhaps, that in sixteen months’ time, that is exactly what I’d be. Or, perhaps, not suspecting, but expecting. Plans within plans...

I had, for my part, only recently become adjusted to the concept of Jews in Texas. And these were Jews in Foat Wuth, no less! With Texas accents!

“We’re gonna invite the gantzer mushpucker to the barbecue - except for Cousin Sidney, ’cuz he’s a smuck.”

This first meeting was pleasant enough, with us all going out to the Swiss House, with little Morris William (he was nine at the time) hooking up straws end-to-end in order to construct a Drink-Theft Pipeline. This is the same kid who later would demonstrate his ingenuity by tying cicadas with sewing thread lariats, the better to make Flying Buzz-Bombs with.

It’s seriously freaky to realize that when we met, SWMBO’s Momma was eleven years younger than I am right now. Gaaaah!

And now here we are, thirty years later.

SWMBO’s Momma still looks great. In fact, based on all the crap she has had to put up with over the years, I’m thinking that the picture below really captures her essence: 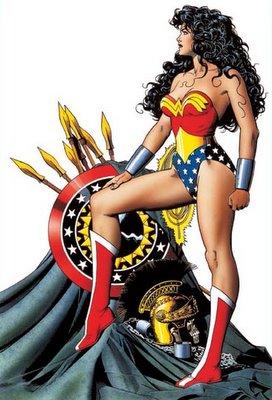