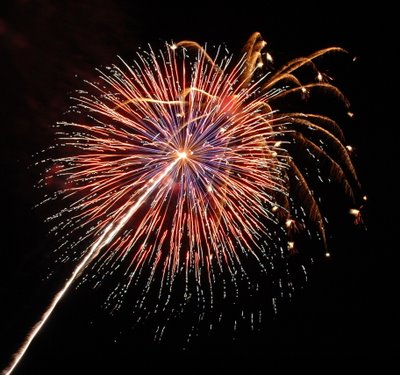 “Life is sweet,” I thought to myself, as I sat in my beach chair at the Sandestin resort.

I cradled an icy cup of Myers Jamaican Rum in my hand. In my other hand was a Cuban Montecristo Number 2 torpedo from which lazy curls of smoke drifted.

The sun was bright and hot, but the shade under my umbrella was cool and restful. The warm, inviting Gulf waters sparkled.

A parade of scantily-clad women trudged along the white sands. Some, it must be said, were tan, fit, and attractive. Others were of the sort that should receive a Restraining Order upon arrival at the beach, limiting the amount of skin they are allowed to display. Gaaah.

On one side of me was She Who Must Be Obeyed. Independence Day is always a bittersweet day for her, it being the anniversary of the day she lost her younger sister. It was 31 years ago, and had it happened on almost any other date, the remembered pain would likely not be as sharp. But SWMBO is tough, and she deals with it as best she can, and I along with her.

On the other side was my friend Virginia Steve, my college roommate. He and his wife Sue had joined us in Destin this year, a first. It is he that provided the cigars, smuggled in from his last visit to Israel a few weeks ago.

As we relaxed and puffed away on our stogies, a young man came up to us. “Would you mind moving so that the smoke doesn’t drift toward us?”

Had he couched his request in a demanding, obnoxious manner, I would have told him to go fuck himself. But no: he was unfailingly polite. In fact, when I offered to put my cigar out, he said, “No! I wouldn’t hear of it. That’s a Montecristo, isn’t it?” So the guy knew his ’gars, for sure, and no doubt was making the request on behalf of his Missus. Thus it was that Virginia Steve and I roused ourselves and found ourselves new chairs downwind.

V.S. was appalled. “You were way too nice,” quoth he. And since he is an Attorney-At-Law, I can see why he might cleave to that opinion.

But I said, “Look: the guy asked politely. I’m not one to return civility with incivility. That, my friend, would be nekulturny.”

A few minutes later, the Roving Booze-Babe showed up. She asked whether we cared for a drink…and told us that “the couple over there” – indicating the young man and his wife – “wanted to buy you a drink.” Sure enough, our Reasonable Behavior was worth a couple of Adult Beverages. And there is a lesson to be taken from this, on the Birthday of Our Country.

Is it “Be nice to people and they will buy you drinks”? Well, maybe, but that is a lesson that any Random Whore can teach you. No: it is nothing less than the Golden Rule: Do unto others as you would have them do unto you.” Along with, “Always be very nice to people who are in a position to expectorate in your food whilst you are not looking,” it is a rule that any aspiring Mr. or Ms. Debonair would do well to learn.