Sometimes I think my life is a comic book.

Unlike Harvey Pekar, who documented his thoroughly unexceptional life in graphic novel form in American Splendor, I have not actually taken the time to storyboard my Quotidian Existence and pitch it to someone who could create something simultaneously Meaningful and Arty.

But it’s not a bad idea. After all, when it came time to write the dreaded Essay on my application to Princeton University, I envisioned my future life as a successful comic strip artist (and Princeton alumnus), the world-famous creator of Super Baciagalupe. It (along with my SAT scores) was enough to get me accepted. It’s 37 years later, but I still have a Funny-Book mind.

Hell, I can’t get though the day without reading the newspaper comics section...even the lame-ass strips like Judge Parker and Mary Worth. And I thoroughly enjoyed The Adventures of Kavalier and Clay, Michael Chabon’s novel set in the Golden Age of comic books.

But let’s think about this for a moment. What kind of Comic Strip Hero would Elisson be? 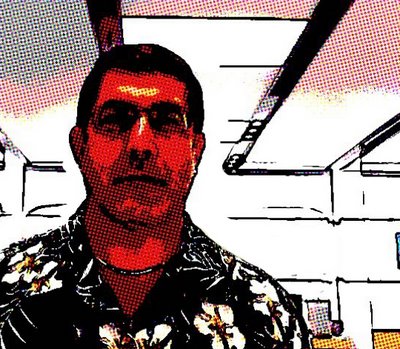 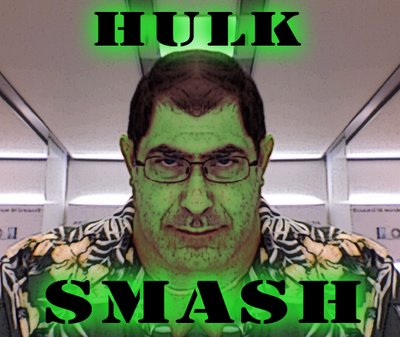 I’m guessing I know which version some people might prefer...