YOUR CONGRESS AT WORK 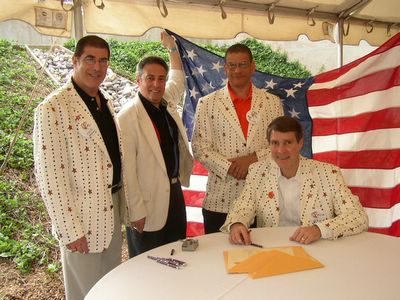 Said Frist, “The Bible instructs us to ‘Choose life.’ Where that is no longer an option due to the cessation of an individual’s normal physical functions, it is even more important to protect those who are unable to protect themselves. As Americans, our presumption should always be in favor of the patient’s receiving all possible care. This legislation will ensure that the rights of Zombie-Americans to nutrition and hydration are preserved.”

Under the new law, removal of feeding tubes from patients suffering from zombification would be permitted only in the event of their having advance written directives in place. Absent any specific AWD or other instructions such as a Living Will, patients will be hydrated with a weak saline solution and given nutrition in the form of liquefied human brains until they recover sufficient post-mortem motor skills to enable them to forage for sustenance among the living.

President Bush is expected to fly directly to Washington from Wherever-The-Hell-He-Is, Idaho in order to sign the hastily crafted, yet extremely nuanced bill into law.

According to a recent Tom DeLay-authored memo surfaced by the Washington Post, Republican support of this bill is expected to yield significant political gains in the 2006 election cycle among members of the rapidly growing American Church of Voudoun.
Posted by Elisson at 12:09 AM