I recently finished reading Neal Gabler’s landmark biography, Walt Disney: The Triumph of the American Imagination. It’s fascinating reading, providing a wealth of background information on the life of the man who would go on to create the House of Mouse.

In many ways, Mickey Mouse’s life paralleled that of his creator. At the start, Mickey was mischievous, a troublemaker. While not outright malicious, the early Mickey had attitude. He was a sassy little motherfucker.

But as time passed, Mickey’s personality changed. He became bland, boring. He was the Good Guy, the exemplar. [In like wise was Walt Disney’s personality (at least the outward manifestation with which the public was familiar) bland and exemplary. Reporters did not hear him say “Fuck!” or watch him drink.]

Eventually it became necessary to create other characters, characters that could do the rotten, mischievous, nasty things that Mickey could no longer do. And, beloved as Mickey may be today, it is those characters with whom many people feel a special affinity. Donald Duck might have been a pain in the ass, but at least he was an interesting pain in the ass. (For a Disney character, anyway.) 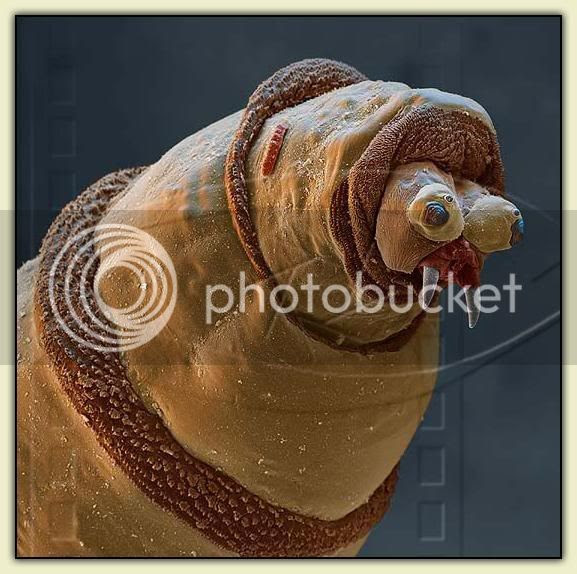 Morty (short for Mortis) Maggot has those googly eyes that are so appealing to the kiddies. Look at that cuddly shape - perfect for the stuffed animal crowd! Those tusk-like mandibles give him a walrusy aspect, too - and walruses are a proven Cartoon Commodity (just ask Walter Lantz).

I can see Morty now, strolling down Main Street USA, nibbling on Snow White’s elbow at the Character Breakfasts. He’ll no doubt have his own attraction, with a platoon of audio-animatronic fly larvae - his brethren! - strumming their banjos and singing at the Country Maggot Jamboree. 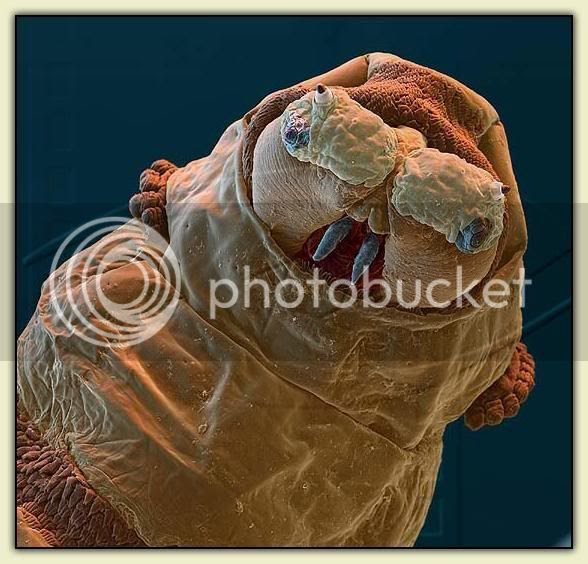 Best yet, when Morty gets a little long in the tooth, he can move on to the next stage in his metamorphosis: 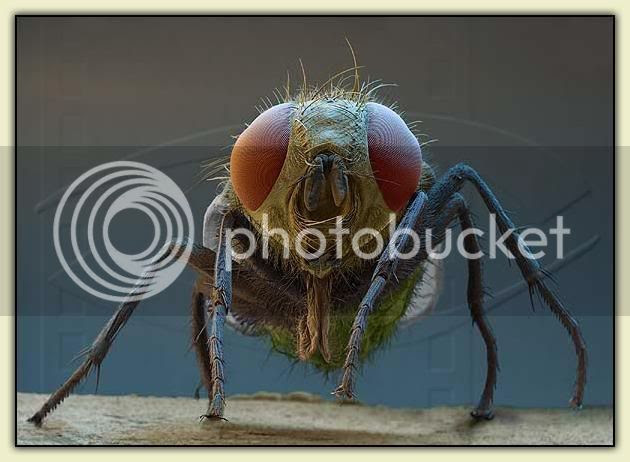 [Tip o’ th’ Elisson fedora to Velociman, who has been unusually creative in his choice of Sidebar Photographs lately. And thanks to Nicole Ottawa and Oliver Meckes (www.eyeofscience.com) for the imagery.]
Posted by Elisson at 7:25 PM