Matata is feeling a mite puny, having received her annual Load o’ Vaccinations yesterday. Whatever is in those vaccines will have her all logy and listless for at least a full day, possibly two. 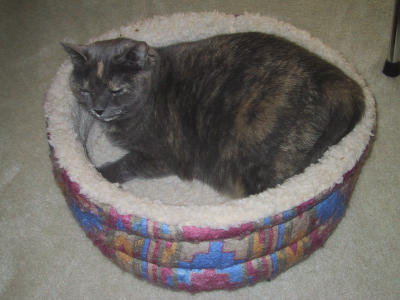 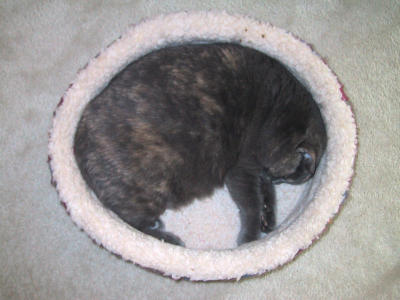 She must’ve known it was coming. She wailed most piteously whan I put her in her carrier for the trip to the vet. Matata hates to travel - must be something she learned from SWMBO - but I suspect she knows what lies in wait for her at the end of the journey.

A doctor’s snarky commentary about her Fat Kitty-Belly. Sitting in a cold weighing pan. Being felt and probed all over...and then, as a final insult, two shots.

Her caterwauling was much less evident on the way home. Perhaps she knew that the worst was over...at least, until post-vaccination malaise set in.

Meanwhile, Hakuna, ever the vigilant and caring sister, will not eat if Matata is down. She will, rather, stand vigilant guard, making sure ’Ta’s peace is not disturbed. 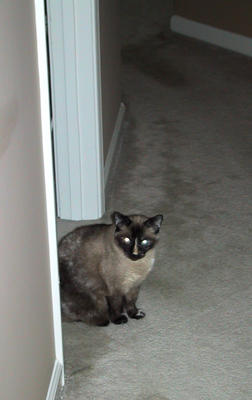