I’ve never run a Caption Contest, but this picture seemed to cry out for one. 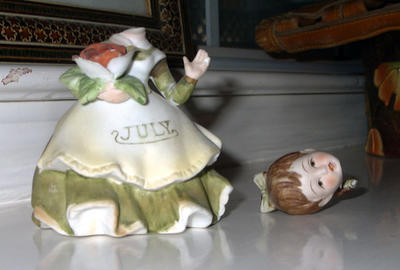 Just leave your suggestions in the Comments. Prizes will consist of an Appropriate Quantity of Linkwhorage and Honor, and the decision of the judge (dat’s me!) is final.

And the winnah is Limerick Savant, for this little gem:

This photo would seem to imply
T.S. Eliot told us a lie:
Twas April, most cruel,
When I learned it in school;
Now the case could be made for July?

Thanks to everybody who left a comment. This was so much fun, I think I’ll do it again...

Tip o’ th’ Elisson fedora to Morris William for the pic.
Posted by Elisson at 9:10 PM