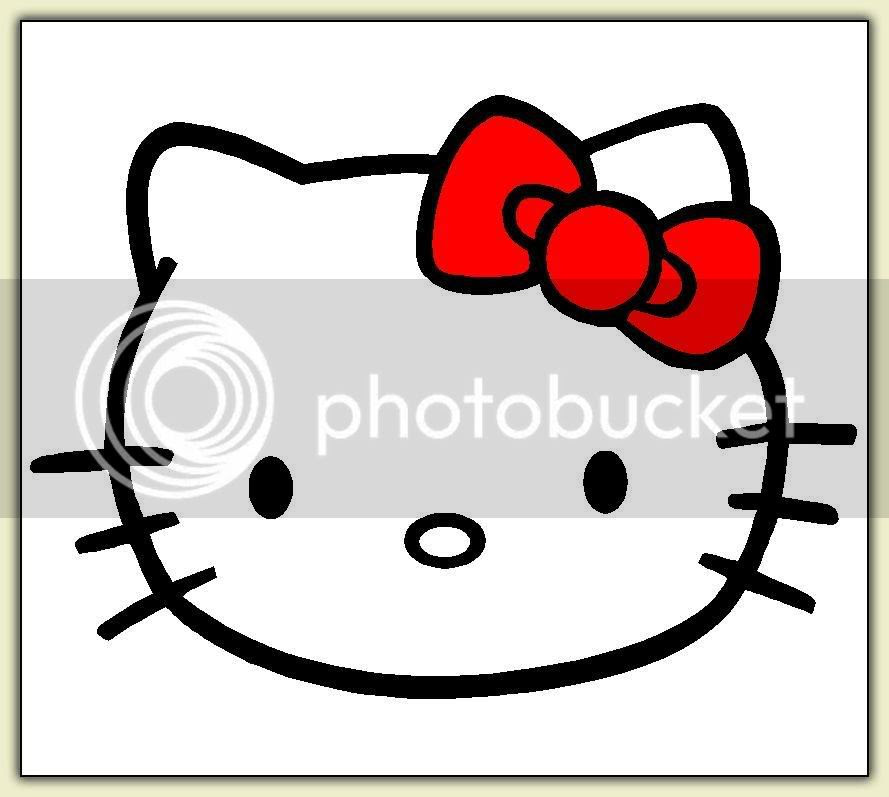 Sure, Mickey Mouse, the quintessential American cartoon icon, has an outpost in Japan. That’s an indication of how all-pervasive American pop culture is, even in the land of the Rising Sun.

But Japan is Hello Kitty’s home turf...and she has a Theme Park of her own. Neither Elder Daughter nor I could summon up the Intestinal Fortitude required to visit Sanrio Puroland, even as a goof. Way, way too much cuteness. But, then again, we wouldn’t have been caught dead at the Tokyo Disney Resort, either.

It’s instructive to compare and contrast the Mouse and the Mouthless Cat. Mickey may have about fifty more years of experience as a pop culture icon, but Hello Kitty has a certain bizarre charm that defies categorization. And although she lacks the Mouse’s humongous - and ever-growing - army of supporting characters, she manages to carry the ball pretty much by herself.

[One could question why Americans love Cartoon Vermin so much. Cats (intelligent, clean predators) are portrayed as vicious boobs in American cartoons, while mice (filthy, disease-bearing nuisances) are heroes. Why is that? Is it our traditional American love for the underdog? The only cartoon cat with any brains is Felix, and who gives a shit about Felix the Cat these days?]

Anyone who has seen American adults wearing Mickey Mouse regalia should have no problem imagining Japanese businessmen with Hello Kitty lunchboxes. People are alike all over, as Rod Serling once observed. But tattoos? Now, that’s different. 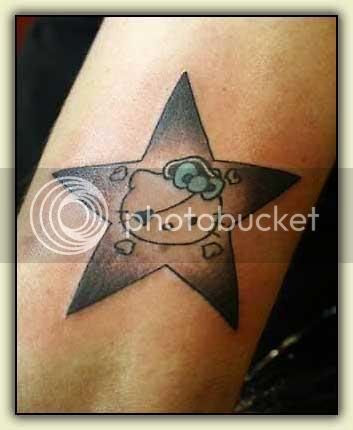 We had a chance to spend Quality Time with Hello Kitty when we visited Tokyo Tower. 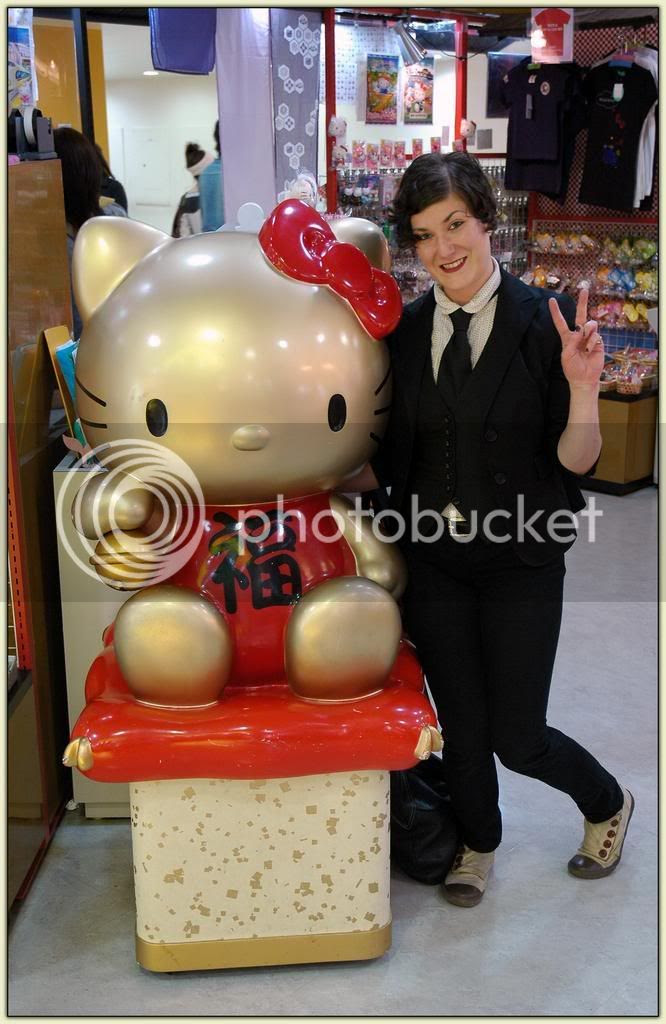 And lest you find a giant, mouthless Kitty disturbing, consider the official mascots of the Tokyo Tower: the Noppon Brothers: 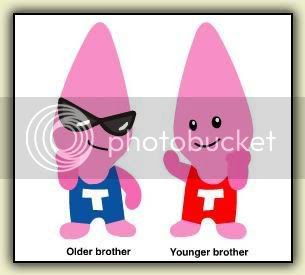 Are they coneheads? Are they squids? Or Giant Uncircumsized Dicks?