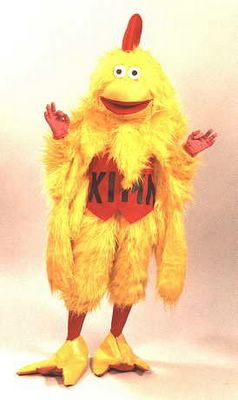 This past weekend, She Who Must Be Obeyed was attacked by a Major Case o’ Nostalgia, possibly driven by our impending twenty-eighth anniversary. For this, there was only one cure: to resurrect a favorite recipe of our Newlywed Days.

Back when we had first Tied the Knot, a favorite dish was King Ranch Chicken. SWMBO would prepare a huge casserole-load of this stuff, enough to feed four to six normal adults, and the two of us would snarf the entire thing down in one sitting. Sure, we were slobs, but this stuff was irresistible! Even today, I wonder how much of my Permanent Burden of Ass-Fat consists of the distant residuum of platters of King Ranch Chicken from days gone by.

It had been years since we had last had KRC, and it was every bit as tasty as we remembered it. It took a supernal effort of will not to revert to our old Casserole-Devouring Frenzy, but somehow we managed it in order to avoid shaming ourselves in front of our friends.

And now, for your delectation, I present the recipe for King Ranch Chicken, that you, too, may enjoy its glories. [A caveat: This is the only recipe you will ever see from the Files o’ Elisson that contains the dreaded Cream of Mushroom Soup. All of you Food Snobs, get over yourselves.]

Put the chicken in a pot and add cold water to cover. Turn up the heat and once it starts to simmer, adjust the heat. Simmer the chicken until tender, remove the chicken from the pot (without burning the crap out of your hands – use tongs or utensils!) let cool, and remove the meat from the bones. Reserve the broth.

In a skillet, heat up the oil and add the onion and green pepper. Cook at medium heat until the onions are soft and transparent. Add the Ro-Tel tomatoes, the chile powder, the cumin, and the oregano. Season with salt and pepper to taste.

Mix together the cream of chicken and cream of mushroom soups and one cup of the reserved chicken broth. Add this mixture to the sauce in the skillet and mix well.

This recipe serves 4-6, but you will be tempted to eat the whole pan at once – it’s that good.
Posted by Elisson at 10:15 PM