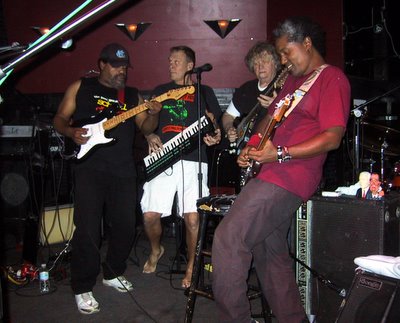 Thursday night was Music Night. One of my favorite groups, Project/Object, was in town at the 5 Spot, a club in Little Five Points directly across the parking lot from Variety Playhouse.

I’ve mentioned Project/Object before. Their musical repertoire consists solely of the music of the late Frank Zappa. One could easily dismiss them as a mere cover band, except for two things: (1) their lineup always contains several alumni from Zappa’s various bands, and (2) their amazing technical proficiency, necessary if they are to do justice to their Source Material. Seeing P/O is more like seeing an honest-to-Gawd Zappa show, except for the fact that Eff Zee himself is not there. 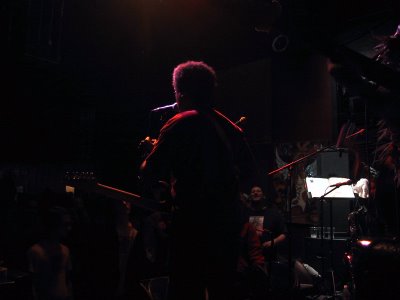 One nice thing about P/O - they play venues that are small enough so that you can get up close and personal. And the crowd has a broad age distribution - plenty of Old Farts like me, but lots of younguns in their early-to-mid 20’s who were not even gleams in their parents’ eyes when I caught my first live Zappa show back in 1973.

[Extra-Special Bonus Question: What 1990’s Saturday morning cartoon series made a subtle reference to “Cheepnis” in one of its episodes?]

For my money, the extended jam that started with “Uncle Meat” and segued into “Pound for a Brown” was the highlight of the show...unless you count seeing the ten-year-old kid that somehow showed up there at the club, wearing a “Titties and Beer” T-shirt.

Oh, and did I mention that a certain Occasionally Mulleted Individual was there with me? 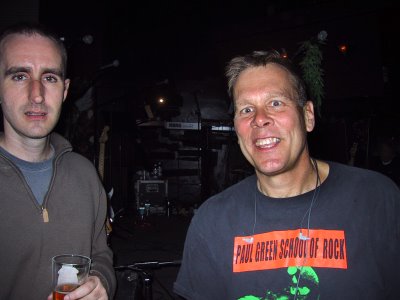