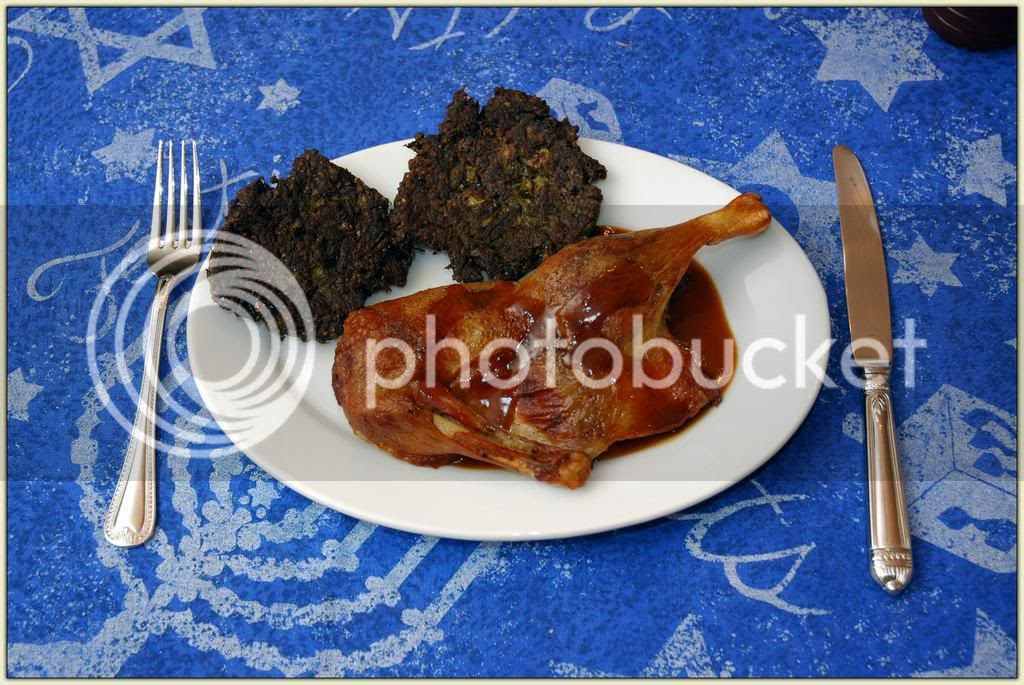 The Missus is still in Texas - she comes home tomorrow - and thus I was faced with the necessity of preparing Yet Another Bachelor Dinner.

Sure, I could go out to eat, but where’s the fun in that? I make a poor Solitary Diner, and in any event, I had wanted to spend a few evenings at home testing the manifold capabilities of Darth Stover and his friends.

Yesterday I had fixed up a boatload of Chicken Tikka with brown rice, perfectly satisfying Bachelor Fare. But while I had been in the store nabbing some provisions that morning, I espied a package containing half of a duck. Mmmmm, duck. I loves me some duck. And at $7.99, the price was right. Better than right.

Duck is the perfect Bachelor Dinner, for SWMBO won’t go near it. She’s emphatically not a Dark Meat fan, and what is a duck but Dark Meat? It’s just the thing to eat when she’s too far away to complain about the Duck-Pong that inevitably fills the kitchen.

Preparing the duck was simplicity itself, especially since it was pre-roasted. Skin-side up in a shallow roasting pan for 20 minutes at 375°F in our fancy-pants new convection oven, and it was Duck o’Clock.

Instead of heating up the little package of gloppy orange sauce that came with Mr. Duck, I pulled from the freezer a small container of poultry demi-glace, prepared back at Thanksgiving time by simmering the turkey/roasted chicken stock I had made - the base for a delicious Cider-Calvados Gravy - until it was concentrated and syrupy. While the demi-glace thawed in the microwave, I made a little roux with some flour and oil, then whisked in some of that demi-glace to make a fine, glossy sauce. A squirt of Cointreau to add a flavor note of bitter orange, and Bingo! I had a restaurant-quality brown sauce for Mr. Duck.

It being the final night of Chanukah, I figured I would indulge myself in something fried for a side dish. But what?

Spinach latkes were one of the pleasures of my long-ago youth, thanks to the kind ministrations of the Grandmomma d’Elisson (AKA the Momma d’Eli, AKA Grandma Shirley). And they’re easy to make. I drained a can of Del Monte spinach - I’m sure fresh or frozen would be great, but that ain’t how Grandma Shirley did it - and added a liberal dose of chopped yellow onion, a couple of eggs, a handful or two of matzoh meal, some coarse salt, and freshly-ground pepper. After letting the mixture sit in the fridge for 30 minutes, it was ready to fry up in a hot skillet full of peanut oil.

I was thoroughly satisfied with my efforts, but were they better than Grandma’s? Never in life. I’d give anything to taste the ones my Grandma Shirley used to make. They were magic. Not too pretty to look at - they’re green pancakes, fercryinoutloud - but, oh, that ineluctable flavor, the crispy edges and tender interior.

Right now, I’m comfortably full...and the kitchen has the vague aroma of Grandma Shirley’s apartment. It makes me happy. 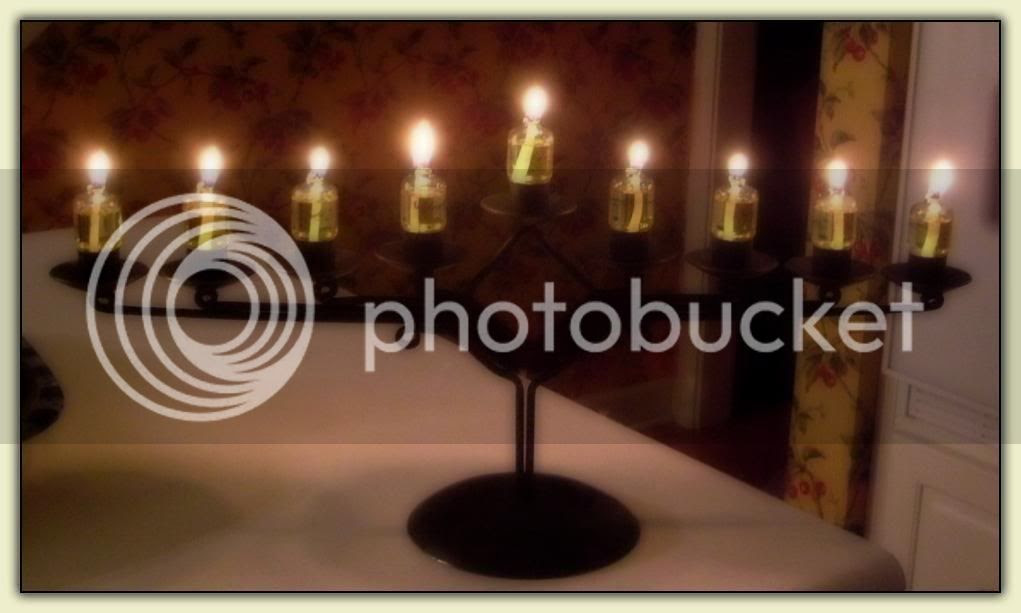 Postscript:
It’s two days later, and I just snarfed up the leftover spinach latkes. There were three left, and I ate ’em cold, right out of the fridge, while standing in the middle of the kitchen. Closing my eyes, I could imagine that it was forty-five years ago, as that spinachy-oniony flavor tickled the deepest sense memories of my reptilian brainstem. It was, for me, a strange combination of sensual pleasure and of loss...loss occasioned by the passage of time.

If you remember the flavors of your childhood, you will never, in your deepest heart of hearts, grow old.