Every once in a while, I get a hankering for a fresh-baked, homemade blueberry pie.

Store-bought pies mostly taste like ass, with their thick, gloppy filling that only vaguely recalls the delicate fragrance of the berries. And frozen pies? Most of them are beneath contempt.

No, what I want is a real, honest-to-Goodness homemade pie. And here’s all you have to do to enjoy one:

Step One: Start with fresh, wild blueberries, the kind that grow in places like this. 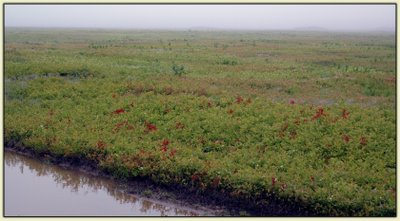 Of course, you will need some bees in order to pollinate the blueberry blossoms. 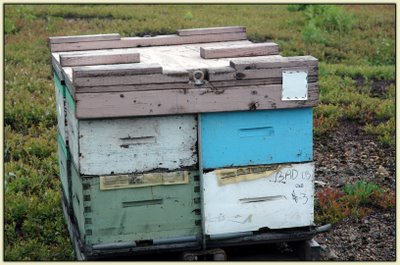 Step Two: Roll out your dough and line your pie plate.

Step Three: Fill your pie with fresh berries. Frozen berries also work well, especially if you are using berries that were frozen at the peak of perfection at the end of last year’s season. Add sugar and a little flour. You want to thicken the filling a little, but you don’t want High-Viscosity Glop. 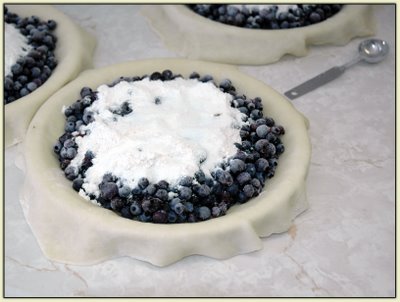 Step Four: Working carefully, lay the top crust on the pie. Trim the top crust with a sharp knife, fold the edges under and crimp them to seal. Cut slits in the top crust to let steam escape during baking. Using the two-fingered technique, flute the eges of the crust. 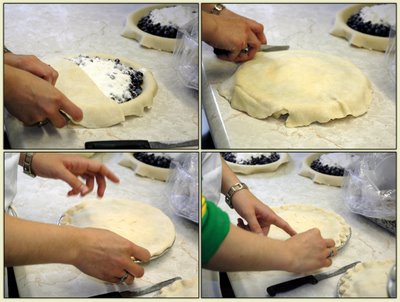 [Clockwise, from top left] Laying on the upper crust. Trimming. Folding and sealing. Fluting the edges. 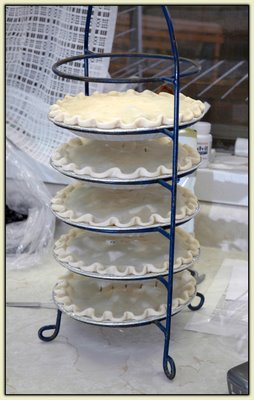 Step Five: Bake the pie until the crust is a golden brown, then remove from oven and allow to cool. 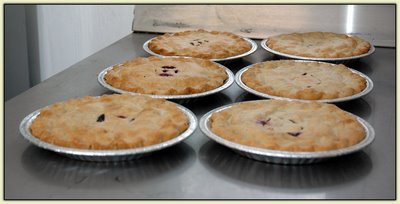 Step Six: Eat the pie, preferably over the sink. Ideally, a single pie will feed four people. Any more than four slices from a pie, and you are being stingy - or you’re just not hungry enough.

If all of this seems like too much work for you, get your ass to Pennfield, New Brunswick, and go here: 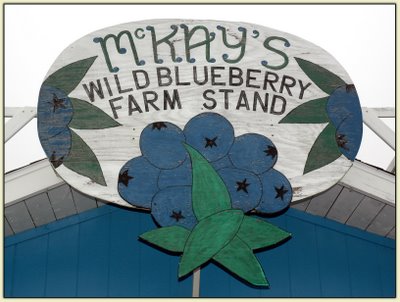 McKay’s Farm Stand, home of the Finest Blueberry Pies on the Planet.

And as an added bonus, you might get to visit with these wonderful people! 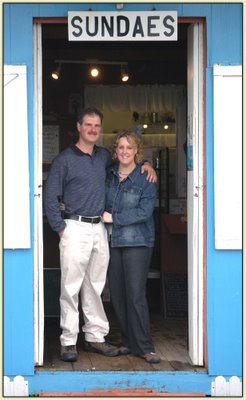