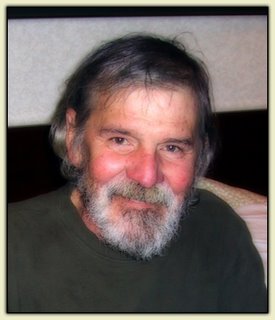 According to the post left by his daughter, Sam,

Rob has passed away. They found him at 2:00 this morning slumped over on the couch. He did not shoot himself and no pills or alcohol were found in the house. When I find out anything else I’ll let you know.

I will not speculate as to exactly what happened, nor will I try to eulogize Rob here. Not now. The news is too fresh, too painful.

What I will say is that I met Rob Smith on three separate occasions. The first was at Helen, Georgia, the end of September of last year. Rob was in desperate shape then, barely able to get out of bed.

When I next saw him face-to-face, it was in Austin, Texas, seven months later. Rob had spent an agonizing month in Willingway drying out, but the results were evident. He looked good, sounded good. I told him then that it was as though I were meeting him for the first time...which, in a sense, it was. And his writing had never been better. Crisp, clear, and sharp, without the fog of ethanol.

A week later, we had dinner in Savannah, along with She Who Must Be Obeyed, the Mistress of Sarcasm, and the Mistress’s boyfriend Mickey. It was an unalloyed pleasure.

Rob has been through a rough couple of months since then. Physical pain, financial issues, Gawd knows what else. Whether he is in “a better place” now is open to speculation, depending on whether one has a religious or philosophical bent. But he is no longer suffering, for what it’s worth.

I am sad. I am disappointed. I am angry.

Rob was a true original voice, and I will miss him. 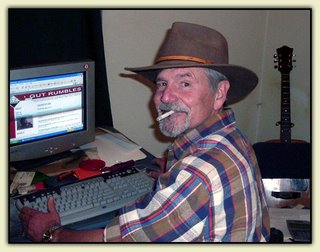 There are about a billion memorial posts and eulogies out there in the Bloggy-Sphere today. Here are some of them...

It would be craven to say those of us who blog, and read Rob, were not influenced to creep out of the shrubbery, and have the courage to write the things we often do. The personal stuff one would never have thought oneself capable of publicizing were it not for the fact that, well, hell, Robbie just wrote about a fucking whore date. What’s a carbunkle on my ass compared to that? Gut Rumbles was very liberating that way, and certainly played a significant role in dropping the demure veneer for me.

Eric told me about an open letter he had written to Rob. I’m glad he decided to post it.

KeesKennis says it - simply and beautifully.

Thunderman sets it to music.

Lisa mourns a Blogfather she never got to meet face-to-face.

Rube conjures up a Classic Tribute.

Jim, from the Place to Pull Over to the Side of the Road and Pee, tells the tale of the Yankee and the Cracker: a “Most Improbable Friendship.”

And Chris Muir (Day By Day) paints us a picture...