A PROFUSION OF BUTTERFLIES

The wildlife was in abundance this weekend as we hacked our way around Hampton Cove, the Huntsville, Alabama outpost of the Robert Trent Jones Golf Trail.

Some scene-setting is in order. Alabama, home of the aforementioned Trail, offers excellent golf on challenging layouts, all at reasonable prices... and so, once a year, I join a small army of Golf-Playing Idiots on a westward trek to the Heart of Dixie. 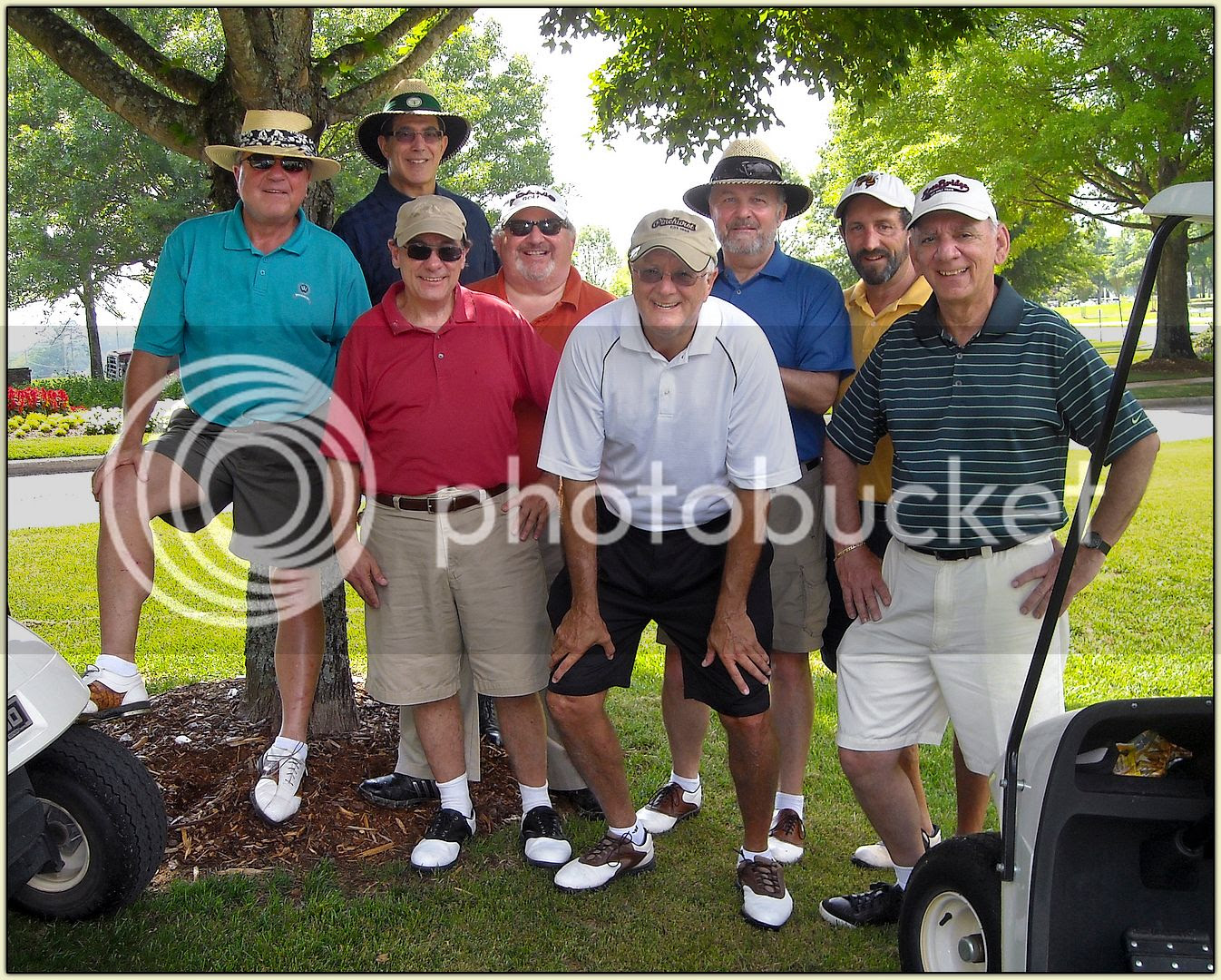 Small army of Golf-Playing Idiots. (I’m in the back.)

This year’s trip was was a step-out improvement over those of previous years. First, we had good luck with the weather. A nasty, wet forecast for Friday never materialized - we had a few sprinkles to deal with, but nothing serious. Also, temperatures remained moderate, a rare pleasure for an Alabamian June. But most important was our wise decision to limit our play to eighteen holes a day. In past years, we would cram ninety holes into three days in what could best be described as a sort of Golfy Demolition Derby that would cover the entire spectrum from fun to work to torture. This time, sanity prevailed.

Friday, we played the Links course at Grand National in Opelika. We always say, “what happens in Opelika stays in Opelika,” which means I don’t have to mention the complete absence of my short game skills that day.

That evening, a scenic drive on the back roads took us to Huntsville, way up in the northeastern corner of the state. Huntsville is famous for being the home of the Redstone Arsenal and the United States Space and Rocket Center, as well as the landing area for scores of Nazi rocket scientists after WWII under Operation Paperclip. With all that German brainpower around, U.S. efforts to develop ICBM technology during the early years of the Cold War naturally were centered in what became popularly known as “Rocket City, U.S.A.”

We had no time to screw around with rockets on this trip, however.

Hampton Cove boasts two full-size layouts: the Highlands and the River courses. The River was especially fearsome. Despite a complete absence of sand bunkers, water came into play on sixteen of the eighteen holes. It’s not a course for the faint of heart... and yet, it is one of those completely unexplainable Mysteries of Nature that I shot my best-ever RTJ Trail round there. Who’da thunkit? 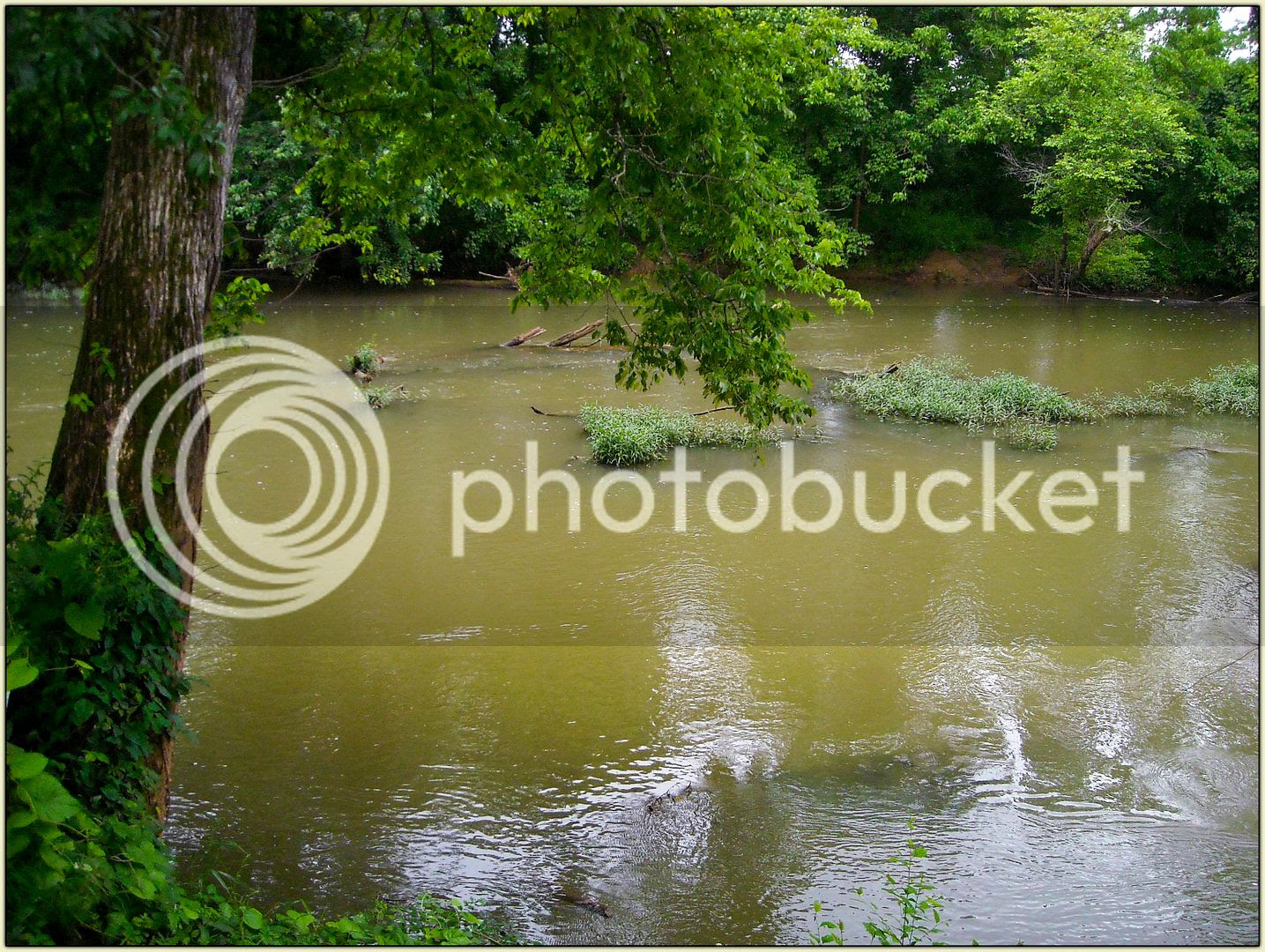 Where the hell did my ball go? The river knows...

Aside from seeing thirty-six golf holes over the weekend, we saw an exceptional abundance of wildlife. 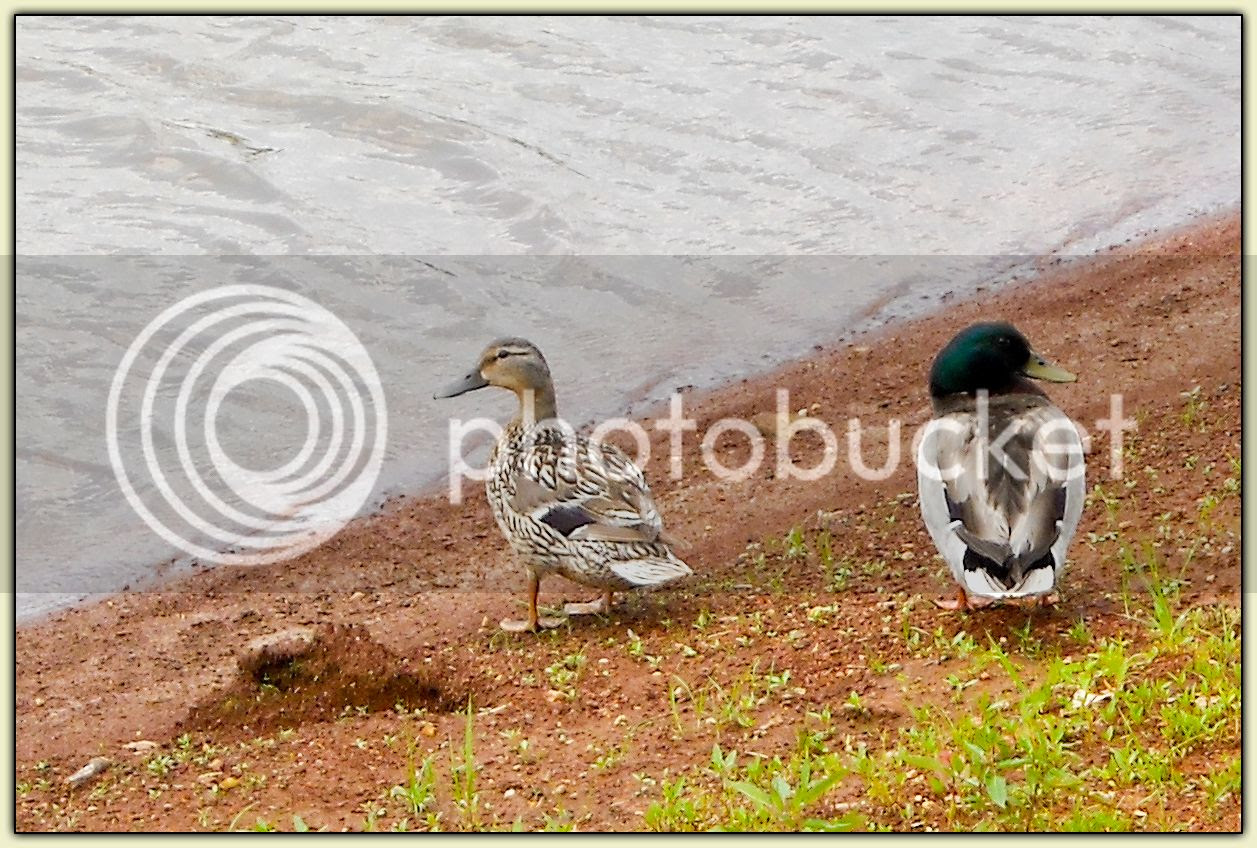 There was the occasional heron: 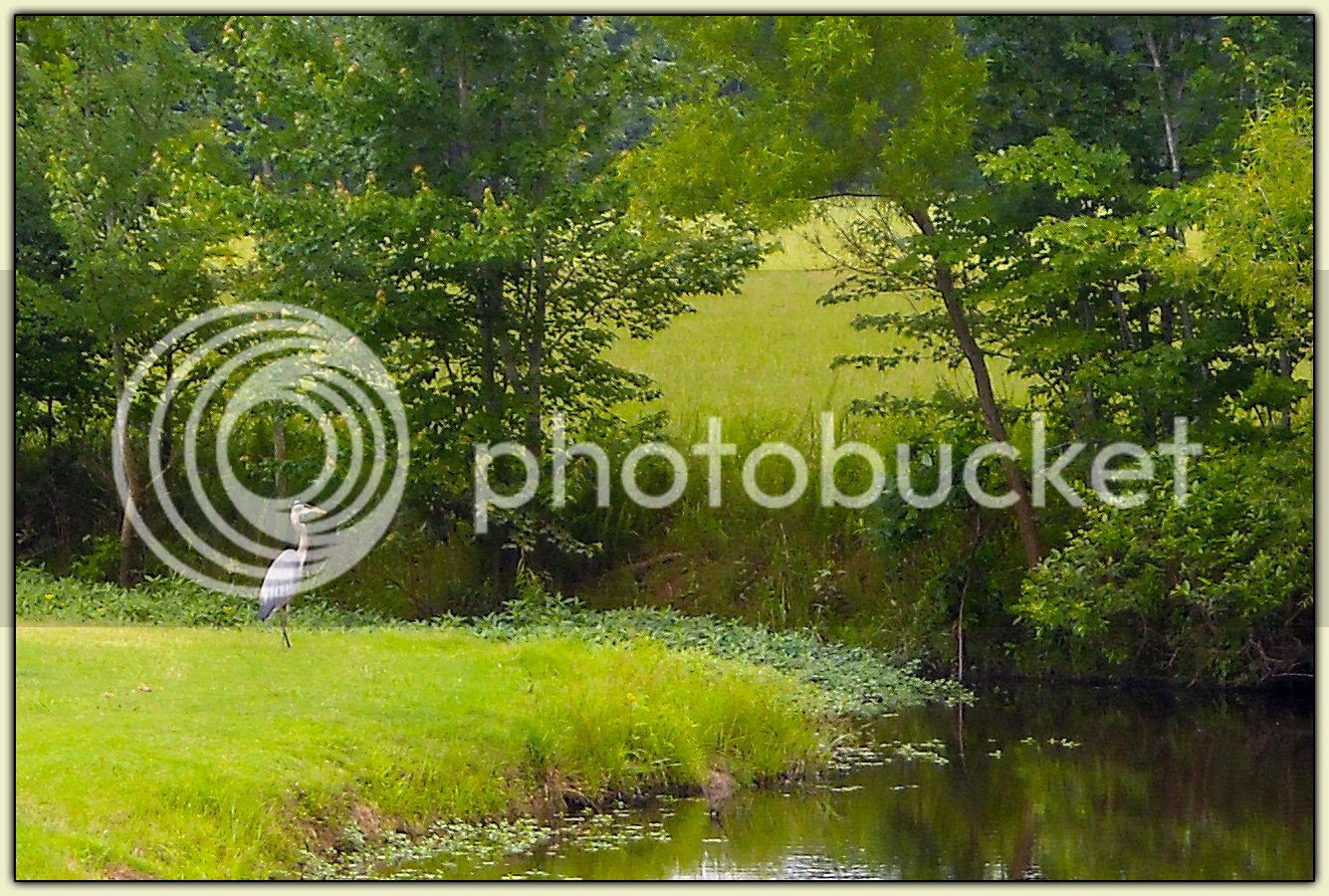 But perhaps most surprising was the presence of a profusion of papillons. Butterflies! They were everywhere, often congregating in groups. Tiger swallowtails, black swallowtails, admirals, painted ladies, you name ’em.

I saw this group of black swallowtails clustered together and grabbed a photo: 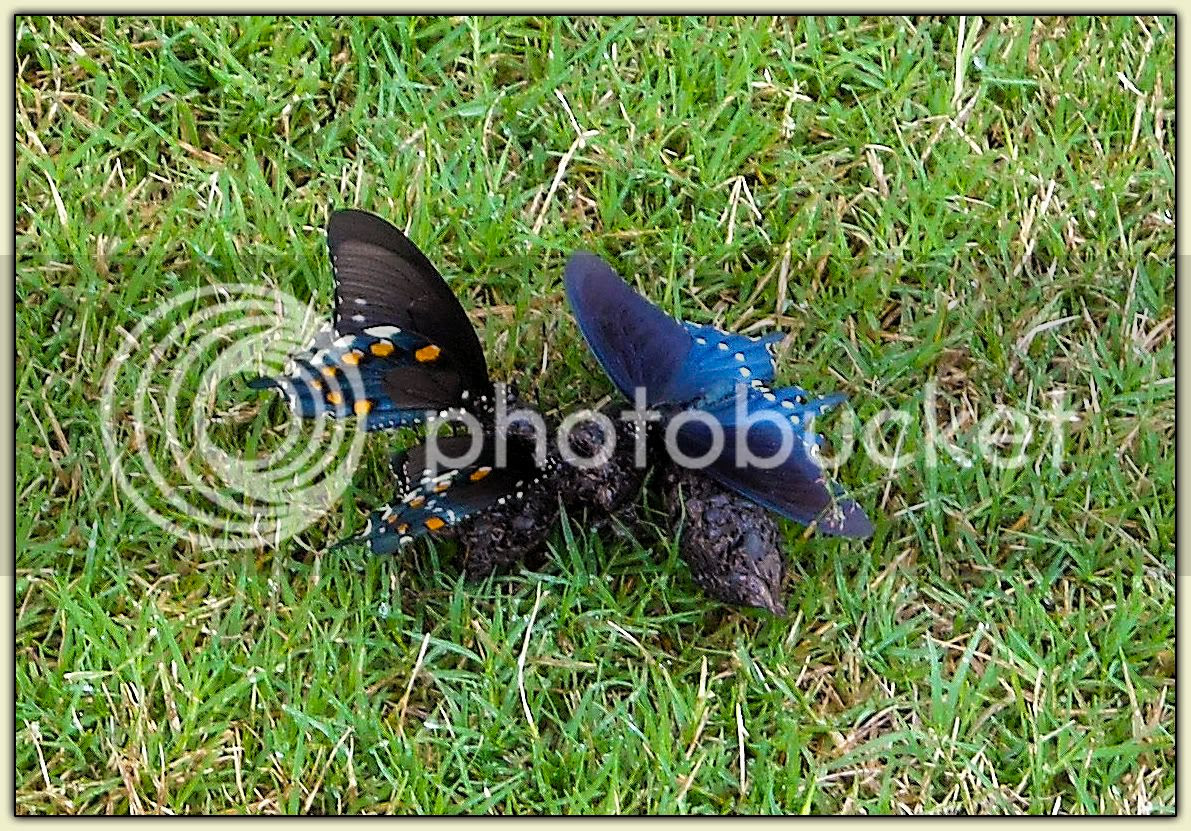 As I snapped the shutter, I could see that these beautiful insects were roosting upon a chunk of Animal Spoor. Shit! And that’s when I realized that the gossamer-winged butterfly will sometimes eschew his usual delicate sips of flower-nectar in favor of a more earthy dinner. In that wise, he is very like us humans: So often do we decline to reach for the stars, preferring to grub in the dirt.

Call it a moral lesson, one of the world’s Essential Truths. Butterflies, however beautiful, are still flies.