Thursday night, I had the good fortune to be present at a Ritual Deflowering.

It’s always exciting when a virgin is Broken In. Never mind Cherry Coke, just give me Cherry Pop.

And this time, the virgin in question was Laurence Simon’s brand-new 22-inch Weber Grill, he that is named Davros.

Lair takes his grilling seriously. He had been preparing for this evening by marinating assorted Beasts of the Field and Products of the Harvest in various Mysterious Elixirs. And there was much, much food to eat:And, in case all this were not enough, rice pilaf à la Gina.

Davros performed admirably, getting off to a fast start with Matchlight briquettes. The chicken, jalapeños, and veggie-babs went on first... 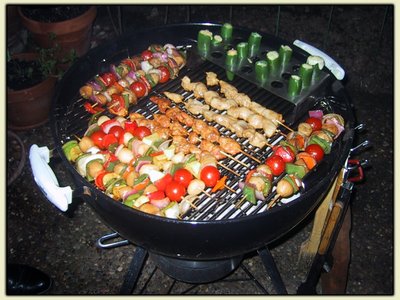 ...followed by the asparagus and pineapple. 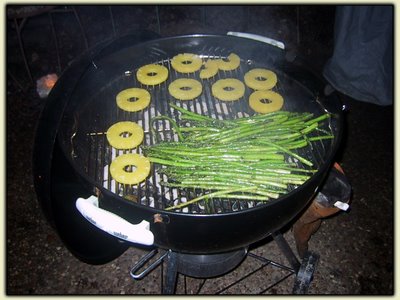 Plenty of food for at least six people, so as the various items came off the fire, the three of us - Laurence, Gina, and me - simply stuffed ourselves and skritched the various Simon household kitties as they wandered around.

No visit to Chez Simon is complete, of course, without the ceremonial Offering of Skritches to the cats. Nardo, the one with the thumbs and the bullseye coat, spent plenty of time on the patio. 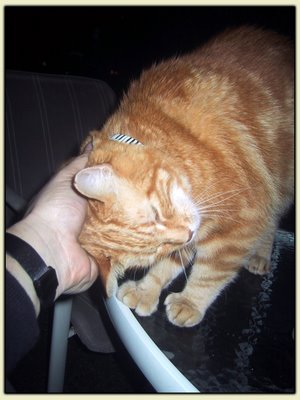 I offer a Ceremonial Skritch. 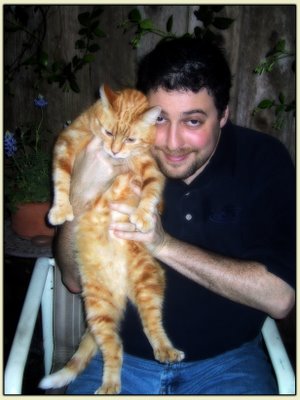 Frisky had to be coaxed out onto the patio, but even he enjoyed communing with the Strange Visitor. 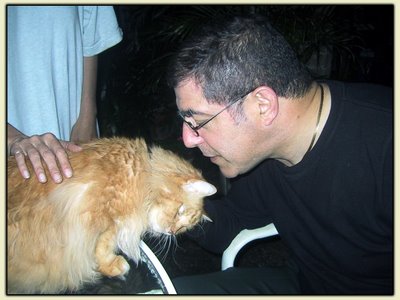 Little Piper was more retiring than her brothers, choosing to spend most of the evening in her favorite chair...but even she was not immune to the Charms d’Elisson. 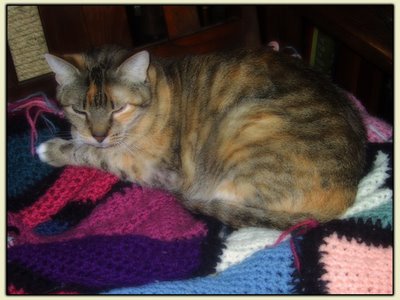 As I was making my farewells, Nardo took up a position near the Tissue-Paper Pile: 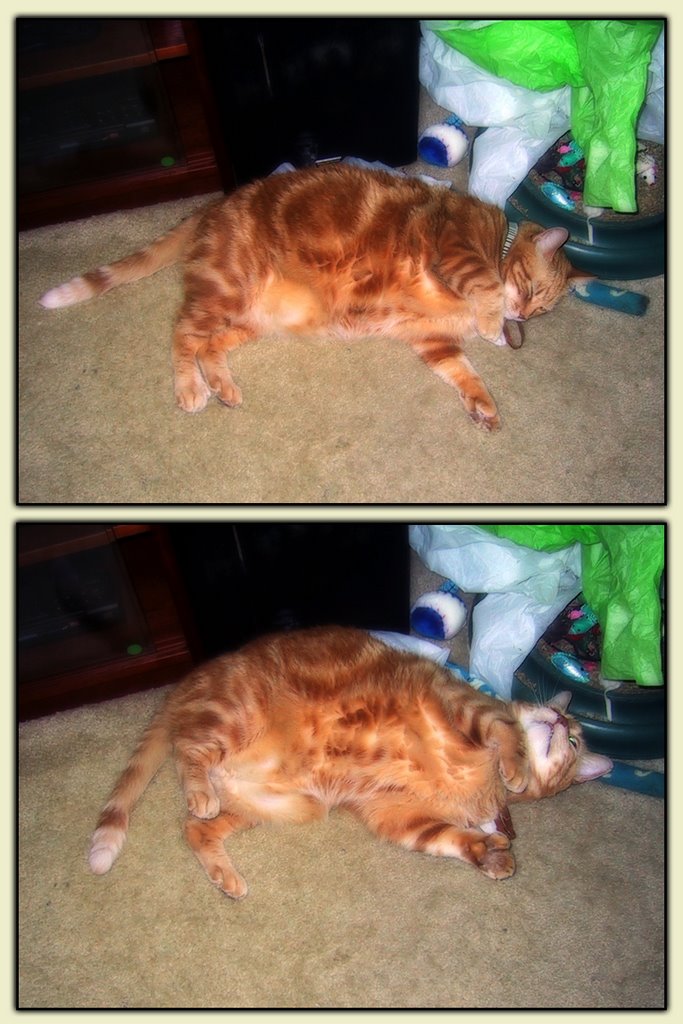 I ask you: Is there anything more captivating than a kitty in the throes of a Tissue-Papergasm?
Posted by Elisson at 11:45 AM