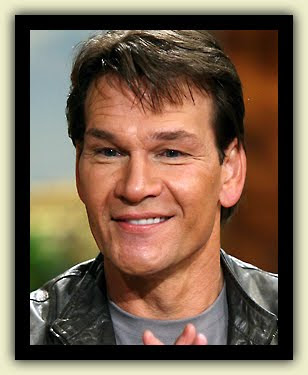 Patrick Swayze, having fought the Good Fight against pancreatic cancer for over a year and a half, is now working as a bouncer at the Great Big Roadhouse in the Sky. He succumbed to the disease yesterday.

The actor who famously played a ghost in the aptly-titled Ghost now can experience ghostliness firsthand. Alas. 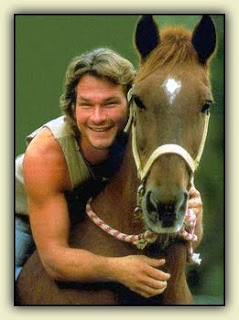 Swayze was a native of Houston and was an accomplished horseman well before he became a dancer and actor. Back in the mid-1990’s, when we were living there and the Mistress of Sarcasm was beginning her Horse-Riding Career, there was always the possibility that he would attend some of the local horse shows. We never did see him, though.

I recall seeing him in The Outsiders, Francis Ford Coppola’s 1983 film adaptation of the S. E. Hinton novel, a film that launched several acting careers. But, surprisingly, I have never seen Dirty Dancing, his 1987 breakout film. Even more surprising, I learned of his death by reading a Twitter post from someone in the Philippines. Technology is full of surprises.

Patrick, ave atque vale. We’ll miss you... but whenever we hear the peal of thunder from above, we’ll know that it’s you, beating wayward angels with a pool cue at that Roadhouse in the World to Come.