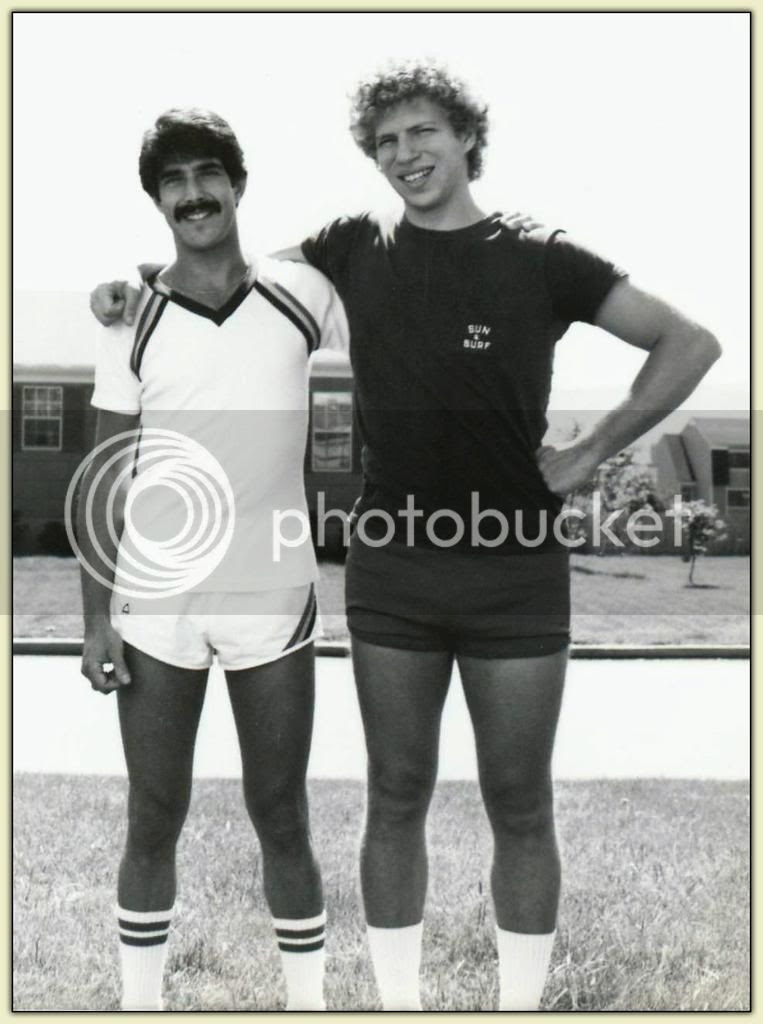 Meet Dr. Franklin C. L---, urologist. He’s the guy on the right in this photo taken 26 years ago in the wilds of western New Jersey. The guy on the left is me...many pounds lighter, alas. We had just finished playing racquetball, which explains the Dopey Outfits.

Frank and I went to school together. He was pre-med, class of ’75; I was chemical engineering, class of ’74. One of his roommates was a Richard S. Parker, Jr., later to be known as Parker Stevenson...and for a time, Mr. Kirstie Alley.

For obvious reasons, we called Frank “Harpo.” All he needed was the rumpled overcoat, top hat, and taxi horn to complete the picture.

Frank ended up studying medicine at Johns Hopkins, eventually becoming a urologist. Some of the stories he used to share with us were hair-raising, while others still crack us up all these years later.

As a resident in urology, Frank used to get what you might euphemistically call “interesting” cases. It would fall to him to deal with the guys who would shove light bulbs and suchlike implements up their Poop-Chutes, then get into difficulties extracting them. But that kind of business, at the end of the day, is not all that shocking. Revolting, maybe, but not shocking.

What was shocking was the sheer assortment of things guys would stick up their urethras. Whole hardware stores worth of stuff. One guy came in with three feet of piano wire up there. After hearing that story the first time, I walked around bowlegged for weeks, teeth gritted, just thinking about the implications. What possesses a person to shove three feet of piano wire up his dick?

Here’s a True Story about one of the cases Frank had to deal with at Johns Hopkins. To set the scene, you should know that Hopkins is located in Baltimore, in what can be politely referred to as an Urban Environment.

In comes a youngish man with a complaint that is all too familiar to the urology folks: burning and pain upon urination, along with a purulent discharge from the ol’ Membrum Virile. And so Frank begins to take the patient’s history:

“Ever had a venereal disease? Syphilis, gonorrhea, that sort of thing?”

“How did they treat it?”

The usual treatment for gonorrhea is a course of antibiotics, so Frank was nonplussed by the patient’s answer: “Dey stuck a tube in my ches’ and hooked me up to a big ol’ bottle fo’ a coupla days.”