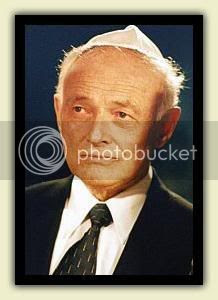 One of the victims of the Virginia Tech Massacre was a Holocaust survivor, according to this report from ABC News:

JERUSALEM Apr 17, 2007 (AP)— Liviu Librescu survived the Nazi Holocaust. He died trying to keep a gunman from shooting his students in a killing spree at Virginia Tech, a heroic feat later recounted in e-mails from students to his wife.

Librescu, an aeronautics engineer and teacher at the school for 20 years, saved the lives of several students by using his body to barricade a classroom door before he was gunned down in Monday’s massacre, which coincided with Holocaust Remembrance Day.

His son, Joe Librescu, told The Associated Press on Tuesday that his mother received e-mails from students shortly after learning of her husband's death.

“My father blocked the doorway with his body and asked the students to flee,” Joe Librescu said in a telephone interview from his home outside of Tel Aviv. “Students started opening windows and jumping out.”

Here was a man who survived the charnel house of WWII Europe, escaping the Holocaust that engulfed the Jews of Romania, where between 280,000 and 380,000 were murdered, eventually coming to America to build a life full of accomplishment.

If I were a fatalist, I might be inclined to believe that he survived for a reason. For his final act was to save the lives of an untold number of students from a crazed, ruthless gunman. Those students will go on, one may hope, to live long and productive lives.

But I think Meryl Yourish says it even better:

Food for thought, that. And a spark of tragic beauty in an otherwise grim, grim story.