Tucker has been cutting our hair for almost seven years now. She Who Must Be Obeyed discovered her shortly after we moved back to the ATL in 1998 - at that time, she worked in a place that was about a mile away.

It wasn’t long after that that Tuck moved her base of operations to a neighborhood just a little north of Midtown. That meant either switching to a new Haircut Person, or driving 20 miles. Each way, mind you.

We’ve been driving the 40 mile roundtrip for all these years now, and we don’t regret it. I’ve tried a few people that are more local, but I’ve never been satisfied with the results. When you don’t have too much hair left, you have to be careful who you let monkey with it. 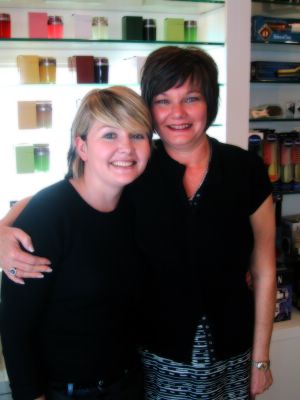 People who see the two of them together are convinced - nay, adamant - that SWMBO is Tucker’s mother. But no.

Elder Daughter and the Mistress of Sarcasm do not have a “secret sister” that we haven’t told them about. But look at the picture. Is that a resemblance, or what? The Tuckster looks more like SWMBO than our own kids do.

But even though Tucker is not a blood relative, she shares the Elisson Perversity of Mind. Who else would give a client Twat-Shaped Candy for a birthday gift? 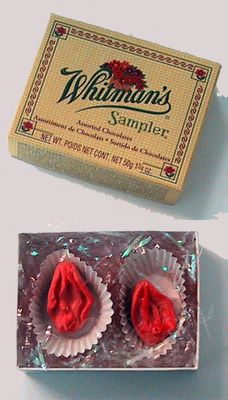