I VANT TO BE ALONE. REALLY. 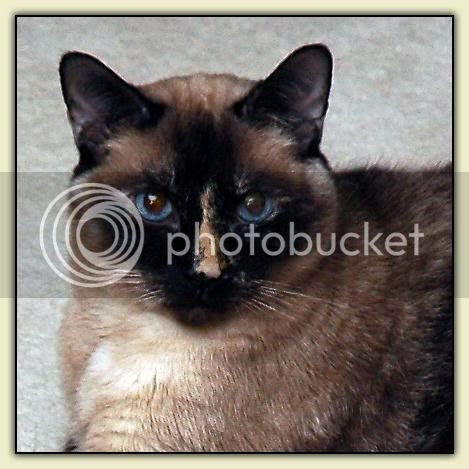 She’s normally a fairly inoffensive kitty, Hakuna is, but she can be a real tiger when she doesn’t want to be disturbed.

Unlike her noisy and constantly-in-your-face sister Matata, Hakuna is a discreet, shy, retiring sort of cat. She will not walk upon her human companions; she will not tread upon my chest at night nor cuddle up to SWMBO with paw upon boob. At most, she will park herself against a leg and sit for a while...and she does not suffer herself to be picked up and cuddled with any sort of enjoyment.

This, coupled with her Sixth Sense with respect to such matters, makes it very difficult to corral her for a trip to the veterinary physician.

Yesterday, Hakuna was unwell. She would go into the cat box and come out without any...accomplishments, shall we say. And she vomited several times. Most cats are Past Masters of Puking: it’s no big deal as long as it’s occasional. But yesterday, Hakuna left several nasty puddles of Cat-Barf throughout the house, the only good thing about which she mostly confined herself (unlike Sister Matata) to hard surfaces.

Hakuna is a fairly indolent cat in the best of times, especially during the day, so it was hard to discern any change in her activity level...but it was clear that something was amiss.

Somehow she knew I was going to schlep her to the vet today. She had been reclining atop the bed in Elder Daughter’s bedroom, but when I went to take her downstairs, she had disappeared into her hidey-hole in the box spring. I rousted her out, and she disappeared. It took me over an hour to find her, tucked away under a table-skirt in the Mistress of Sarcasm’s bedroom.

She was not happy to have been discovered. And she was downright displeased at the idea that I should pick her up and take her somewhere else. 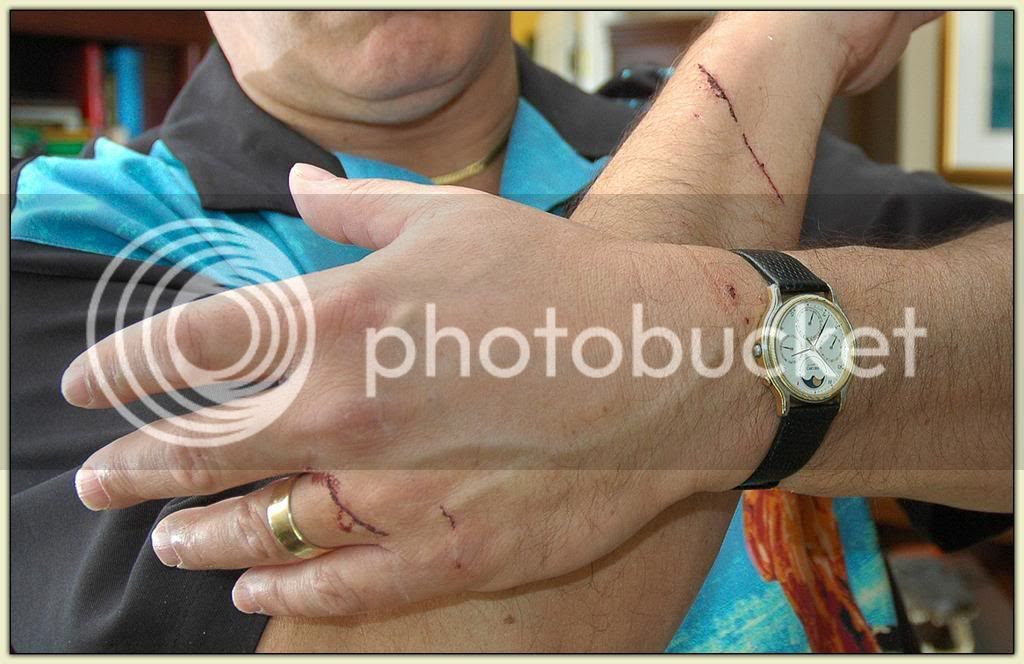 Ahh, the things we do for our hairy children.

Hakuna is fine, by the way. She had an inflamed rectum and some impacted stool in there - yes, Hakuna, our beloved kitty, was full of shit - but with appropriate medicaments and some R&R (what else is a cat’s life but R&R, anyway?), she should be right as rain in no time.